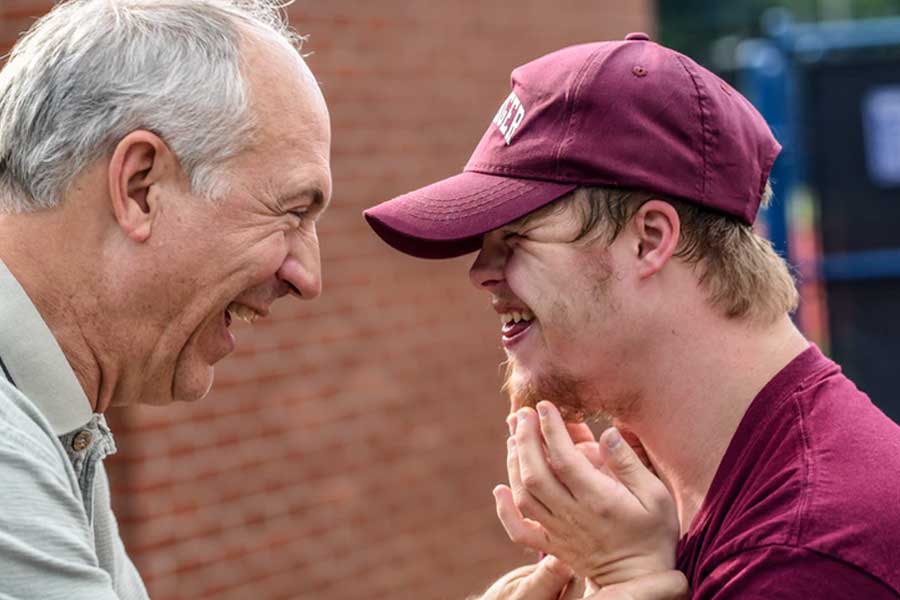 A recent study by scientists at Harvard University has found that autistic behavior may be linked to a failure in the signaling pathway used by the inhibitory neurotransmitter GABA. Caroline Robertson, lead author of the study, noted that this is the first time a link has been proven between autism and a neurotransmitter in human testing. Previously, similar results had been found, but only in animal models. A simple visual test allowed the researchers to reach their conclusions. The test was performed by 20 people with autism and 20 control subjects.

The test is called the "binocular rivalry test": normally, when the brain is confronted with two slightly different images (one corresponding to each eye), it erases the distinction between the two, creating a single image. However, in the binocular rivalry test, two very different images are presented, and the result is that the brain suppresses one image from visual awareness for a short time. But the neurons that inhibit awareness of one of the images eventually tire and turn back on, so that we only see the second image. This process continues and we become aware of each image in turn.

Robertson noted that the results of their study will not necessarily impact current autism treatments, but could be of great value in screening children for autism, allowing doctors and parents to begin intervention efforts earlier. Autism is often described as a disorder in which various sensory inputs flood the brain at the same time. So the idea that an inhibitory transmitter may play an important role in this disorder makes sense. Robertson added, "In addition, people with autism regularly have seizures - there is a 20 to 25 percent comorbidity between autism and epilepsy - and we think that the seizures are uncontrolled excitations in the brain."

The tests showed that people with autism go back and forth between the two images like other people, but they take longer to do so. They spend the same amount of time in terms of awareness of either image, but take longer to switch between them. This suggests that there is a problem with GABA signaling. People with autism still have GABA, but some steps in the signaling process don't work as they should. The test also showed that while GABA is affected in autism, glutamate and other neurotransmitters are not.

To what extent can these findings contribute to the treatment of autism? Hossein Fatemi, a professor in the Department of Psychiatry at the University of Minnesota, notes that they could lead to a significant change: "Maybe if we introduced drugs that could amplify GABA functions in the brains of autism patients, we could actually improve their functioning," he told the Russian news channel RT. He added that while he and other researchers previously knew there were problems with GABA receptors in animal models that mimicked the pathology, the new findings are new and interesting because they show that if someone provided drugs that could amplify GABA functions in the brain, functioning could be improved. However, because many genes and proteins are involved in autism, researchers are still in the early stages of testing different GABA agonists that improve GABA function in autism. The study replicated previous genetic and post-mortem research.

Robertson herself thinks it will be difficult to fix the broken GABA pathway: GABA-A receptors can take multiple forms. She says the test could be used to determine which of the receptors has a problem, but it's a very complicated process.

She adds that if the results are replicated in children, they could be used for earlier diagnosis, as young children may not have speech, but may already show visual signs of autism. Early diagnosis and intervention are essential, as is greater awareness of the link between autism and other conditions and habits. For example, research indicates that people with autism are more likely to become addicted to video games.