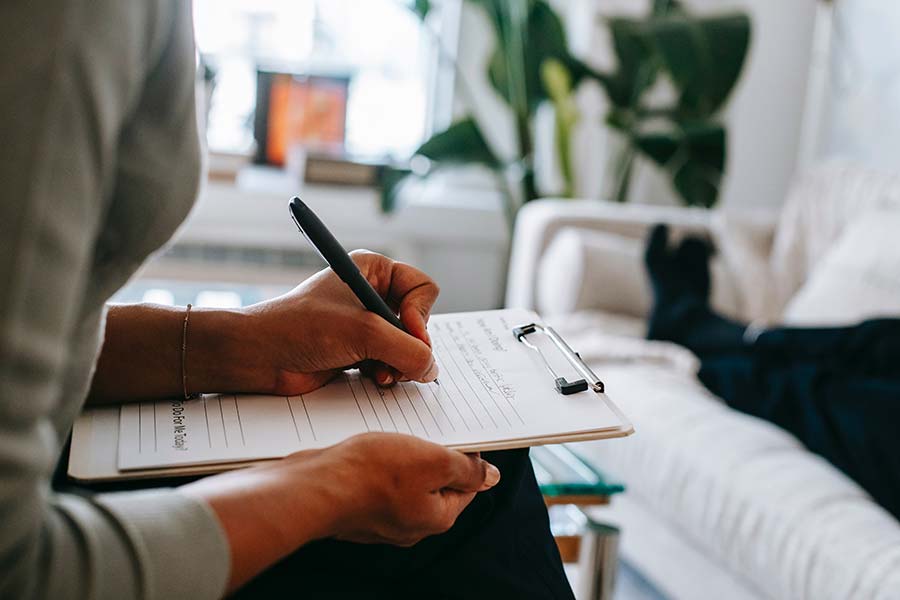 Life is extremely difficult when you believe that something about yourself just isn’t right.

This is the experience that transgender females and males have for most of their lives. This issue has a name, and it is “gender dysphoria.” Unfortunately, being able to name the feeling doesn’t make all of the hardships and bad experiences go away. People experiencing gender dysphoria need to obtain the services of an online gender therapist.

What is gender Dysphoria?

Gender dysphoria is when a boy feels as if he belongs to the other gender. In other words, he believes that he is actually a girl. Girls who believe that they are actually boys experience gender dysphoria as well. This is known as “transgenderism.”

Read more :
Trauma therapist near me and online. Best PTSD therapy and specialist.

What are some symptoms of gender dysphoria?

Because they want to be members of the opposite sex, they may exhibit another symptom of gender dysphoria. They may express the desire to have their sexual organs removed and live as the other gender. To put it succinctly, a transgender female believes that she is a woman trapped in a man’s body, and a transgender male believes that he is a male trapped inside of a woman’s body.

These symptoms begin to present themselves very early in a child’s life. Boys prefer to play with dolls and wear dresses and reject the traditional boys’ activities. The girls rejected the dresses that their mothers wanted them to wear and became tomboys.

Getting a diagnosis with a gender therapist near me.

Several research studies sought to demonstrate that either nature or nurture played the largest role in determining a person’s gender identity, but they have not been able to definitively state that one or the other is more important. For example, researchers performed a study at Johns Hopkins University in 2000. The 27 boys in this study were born without penises.

Even though they did not have penises, these children did have male sex hormones, the male sex chromosomal structure and normal testicles. Twenty-five of the “boys” were raised as girls and were castrated. Even so, these children appeared to be stereotypically male in their play. Later in life, 14 of these kids decided that they wanted to be males.

A professor at Columbia University weighed in on this subject that year as well. She stated that she believes that a baby’s gender identity forms while the fetus is in the womb during the first trimester.

While in the womb, a male fetus begins to develop testes. The testes begin to produce androgens, and this is how the male fetus’ internal sexual organs start to develop under the influence of testosterone. During the eighth week, a second androgen exerts its influence on the male fetus. This androgen is called “dihydrotestosterone” or DHT, and it causes the male external organs to develop. This is also the time when the brain becomes differentiated as a typically “male” brain.

Scientists came to believe that during the process described above, males with gender identity disorder experienced a discrepancy between genital differentiation and brain differentiation. They explained that this is how the male body could differentiate and become male while the brain remained female, but this hypothesis isn’t necessarily accepted by everyone.

Other studies further examined this issue. Scientists explained that as mothers begin to give birth to one male after another, their bodies become immune to H-Y antibodies. This causes their bodies to produce more of the H-Y antibodies, and it causes the differentiation of the baby boy’s brain to be disrupted.

One treatment for gender identity disorder is the “sex reassignment surgery.” This is a drastic option because the patient cannot return to the body he or she had before the surgery. That’s why the medical community requires a transgender male or female to live as the opposite sex for an extended period of time before the surgery can be done. Once a transgender male or female decides to go through with the surgery, he or she must begin hormone therapy.

Transgender males and females will have to be on hormone treatments for the rest of their lives. Biological males will receive estrogen, and this female sex hormone will cause female secondary characteristics to develop. It also prevents hair from growing on their faces. They also have softer skin and fat deposits on their buttocks and breasts. Biological females will receive male sex hormones that cause their bodies to develop male secondary sex characteristics. They lose the fat deposits in their breasts and hips, but they gain muscle mass, and their voices become deeper.

Talking to a gender dysphoria therapist near me.

When transgender females and males sought therapy for their issues in the past, many of the therapists had the intention of changing their patients’ beliefs. If they were seeing the therapist before they had their reassignment surgeries, these therapists tried to convince their clients not to do it. Now, psychotherapy is much more understanding about this issue.

Online counseling for couples and families works as well as the traditional types. The counselors are ready to listen to you express your concerns and issues, and they have the experience to help you work those problems out. Many people are surprised to learn that they discover just as much about themselves as they do about their loved ones, and they learn how each person fits into the group and contributes to family functioning.

Family counseling is a good option if one member of your family is experiencing gender dysphoria. The issues that present themselves during this time can affect the entire family, and they are not always understood by everyone. In this situation, family counseling would help everyone connect with everyone else. It also helps the person experiencing gender dysphoria discuss what is happening with his or her other family members.

Couples counseling is not necessarily something that you only seek when you and your partner are experiencing difficulties. It is instrumental in helping you strengthen your bond so that you can live your happiest lives. Couples therapy would be a very important option if one partner believes that he or she is experiencing gender dysphoria.

How can we help you?

If you are questioning whether or not you are in the correct body, an online gender therapist can help you.

What is the best platform for women’s counseling?

Why is BetterHelp the best platform for women’s counseling?

BetterHelp is an online platform that employs several female therapists, and it is very affordable. We hold therapy sessions on the website, so it is also a highly convenient way to attend therapy sessions. You have the choice of attending your sessions over the telephone, live chat or video.

The therapists, counselors and psychologists at BetterHelp have all passed the BetterHelp entrance exam. They are also licensed in their states, and they possess a doctorate or a master’s degree. They have been trained and have extensive experience to help you with your current problems.

How does it work?

The first thing that you will do is sign up for the platform. The questionnaire you will take will allow the system to set you up with a great female gender therapist. You don’t have to worry that the first person the system chooses for you isn’t exactly the right one for you because you can request another therapist if you like.

How much do the services cost?

BetterHelp has a subscription plan that charges you for your sessions every month. Each week, the system will charge your account between $40 and $70. After four weeks, the system will bill your PayPal account or credit card. If you want to cancel your subscription, you may do so at any time.

Experiencing gender dysphoria is not always easy, but finding a female therapist to help can change your life for the better. Now that we have the internet, the search for female gender therapists is a simple task, and it doesn’t cost as much as traditional therapy. It is a win-win situation!