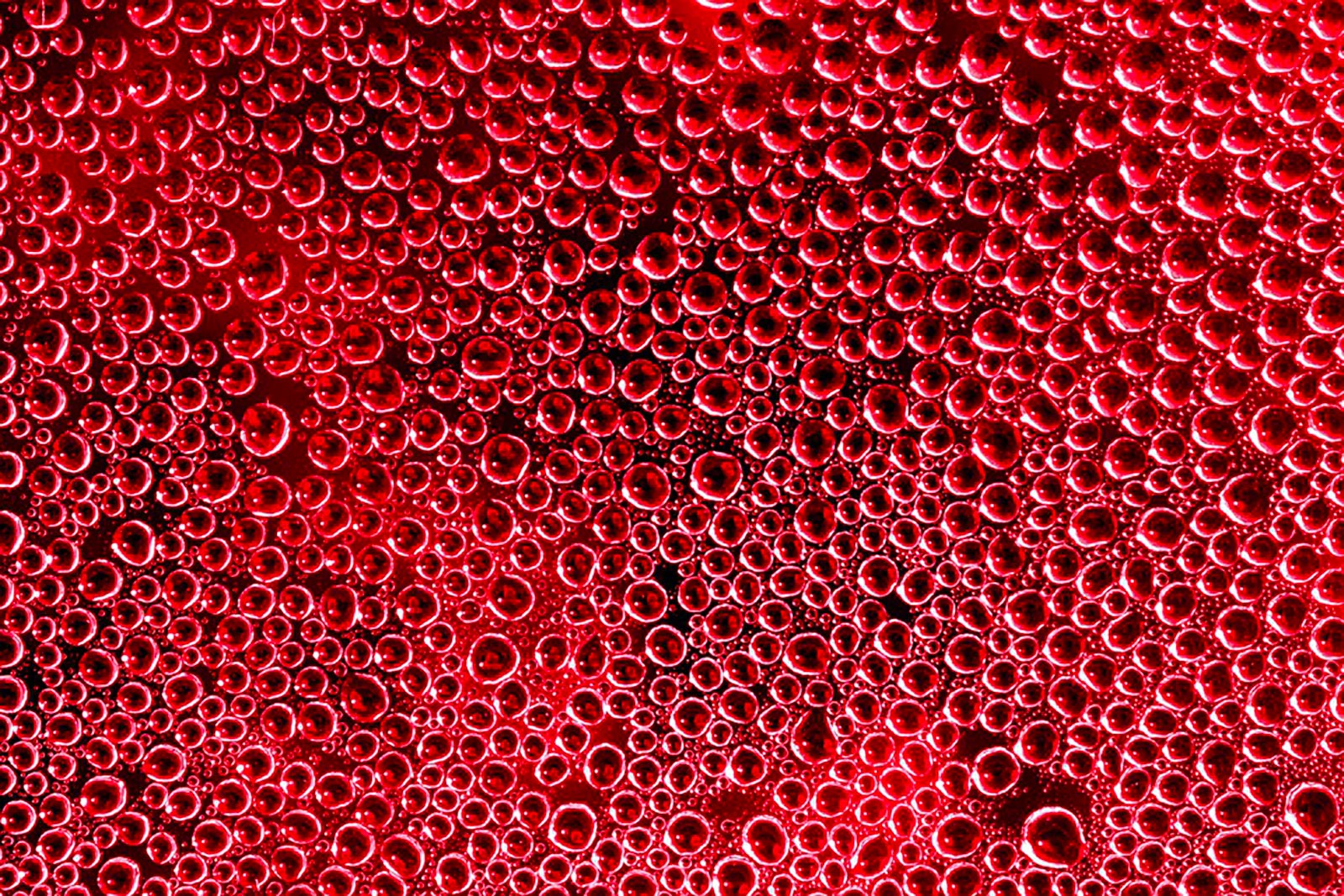 Trypophobia is an aversion or disgust to things with repeated patterns or groups of tiny holes, such as honeycombs and sponges. The pattern of holes repulses those who have trypophobia. They may or may not be afraid of holes.

What are trypophobia triggers?

The closer one is to a negative object or image, the more likely it is that they will react negatively to it. Triggers for trypophobia may include:

How common is trypophobia?

According to some research, trypophobia affects up to 17% of adolescents and adults, or roughly one in six persons. This relatively novel illness was first identified in 2005.

After news headlines revealed that people had bad reactions to groups of microscopic camera lenses on several smartphones, more people became aware of trypophobia. In addition, a character with trypophobia appeared in the television series "American Horror Story: Cult." The program featured upsetting imagery that made some viewers uncomfortable and raised awareness of the phobia. 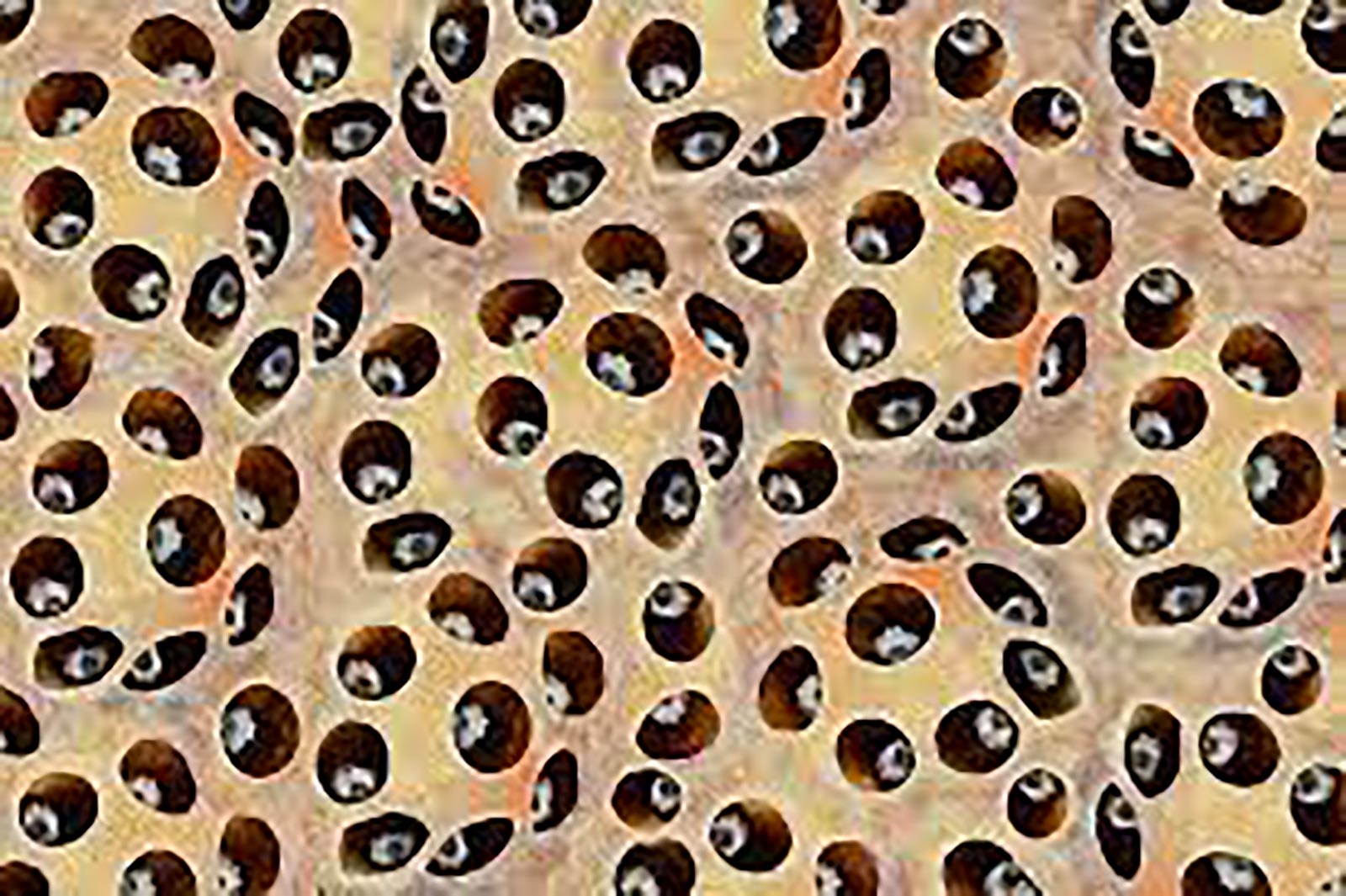 Trypophobia in some persons is unknown to experts. According to one theory, the brain connects voids in groups with risk. For instance, you might connect a pattern of tiny holes with the eyes of a spider or the skin of a poisonous snake. Or the holes might make you think of skin conditions or rashes.

Another idea holds that processing irregular patterns makes your brain work harder and consume more oxygen, which results in unpleasant emotions. Additionally, it could be a symptom of obsessive-compulsive disorder (OCD).

Additionally,trypophobia can be triggered by a number of things, including honeycombs, bubble wrap, and fruit seeds. Trypophobia can also be brought on by particular bumps, patterns, patterned animals, and pictures. Trypophobia's evolutionary roots, linkages of comparable visual images with deadly creatures and diseases, a natural reaction to visual stimuli, connections to other disorders, and a natural response to visual stimuli are just a few of the explanations put out by researchers to explain its beginnings.

Trypophobia can be regarded as an unconscious reflex reaction that has developed over time as a way to protect oneself from danger or disease. Trypophobic reactions, for instance, might be brought on by visuals of deadly creatures like snakes or insects with patterned skin or grouped bodily parts. Trypophobic anxiety can also be triggered by images of sick skin, which is characterized by a cluster of holes or bumps. Researchers have proposed that the revulsion or terror that people experience in response to such stimuli may be an adaptive evolutionary response designed to warn people about contagious diseases and harmful creatures. Contrarily, research indicates that trypophobia may simply be a normal human reaction to specific visual cues rather than a true phobia.

The Diagnostic and Statistical Manual of Mental Disorders, Fifth Edition (DSM-5) criteria for generalized anxiety disorder, major depressive disorder, and obsessive-compulsive disorder may be met by individuals with trypophobia, according to some research. It is unknown, nevertheless, whether any of these additional diseases contribute to trypophobia.

How do you get trypophobia?

More women than men experience trypophobia. You may be more prone to trypophobia if you have:

What are trypophobia symptoms?

Trypophobia may result in:

How is trypophobia diagnosed?

Trypophobia is not listed as a disorder in the Diagnostic and Statistical Manual of Mental Disorders by the American Psychiatric Association (APA) (DSM). This could be as a result of the ailment frequently being painful but not incapacitating. There are no set standards for diagnosing it because it is not considered to be a condition. There is a trypophobia test, though.

To find out if you have this aversion, take the online trypophobia exam (which is only for research reasons). Your personal information will not be gathered during the test. Your involvement is private.

The test a series of images are shown for one to eight seconds apiece. While some of the photos contain patterns or groups of holes, others do not.

Estimates the length of time you spent viewing each image.

Gives you a ratio at the conclusion of the test that compares your predictions for viewing trypophobia images with neutral images (those without holes).

A ratio greater than two can be a sign of trypophobia. You might wish to discuss the test results and your negative responses to abnormal patterns with a mental health specialist like a psychologist.

Is there a trypophobia cure?

Although trypophobia has no specific treatments, many of the methods used to treat other specific phobias are likely to lessen trypophobia's symptoms. Treatment for particular phobias typically depends on the severity of the symptoms and the patient's medical background. Psychotherapy, medication, and lifestyle modifications are all potential treatment options.

The addition of relaxation techniques to one's lifestyle may include sleeping enough, obtaining enough rest, and engaging in mindfulness, meditation, or yoga. People may be able to lessen the intensity of their terror reactions by consuming less caffeine and engaging in more physical activity. For people managing a phobia, general talk therapy with a mental health professional or a support group might be beneficial. By promoting these adjustments in lifestyle, trypophobia's symptoms of fear and revulsion should be lessened.

Psychotherapy alternatives frequently include cognitive behavioral therapy (CBT) or exposure therapy (ET) directed by a licensed mental health professional. By exposing patients to situations that cause trypophobia during treatment, ET allows patients' minds to adjust to the triggers, improving their ability to manage their fears. On the other hand, CBT, which occasionally includes involves exposure, focuses on altering people's mental, emotional, and behavioral processing of events that could trigger their fear of holes.

A doctor may advise specific drugs to treat trypophobia symptoms depending on the patient's circumstances and prior treatments. Other anti-anxiety drugs or benzodiazepines (such as clonazepam or lorazepam) may help prevent or lessen anxiety or panic attack symptoms. Propranolol and other beta-blockers may also be prescribed because they can minimize fear related symptoms,such as faster heart rate,dizziness,sweating.

Exposure therapy may help if trypophobia prevents you from participating in particular activities or enjoying life. In order to help you control your reactions, this therapy gradually exposes you to trypophobia stimuli. Nine out of ten patients who get this form of psychotherapy (talk therapy) succeed in overcoming particular phobic disorders.

When you receive exposure therapy, your doctor will:

Teaches you how to breathe and relax both before and during exposures.

Helps you control your response by displaying photos or videos of collections or patterns of holes.

Gradually increases the exposures until you are holding or touching a sponge-like object with a holey design.

Additionally, cognitive behavioral treatment is an option (CBT). Your views and reactions to situations that cause trypophobia can be altered with the use of this therapy.

People with particular phobic disorders are typically not helped by anti-anxiety drugs. Your doctor can suggest anti-anxiety medication if you know you'll be in a setting that could set off a reaction.

What are the complications of trypophobia?

Trypophobia can occasionally make it difficult for you to socialize, attend school, or work. You might encounter:

Can you prevent trypophobia?

You may be able to prevent trypophobia by using relaxation techniques like meditation, mindfulness, or imagining comforting scenes.

What is the prognosis (outlook) for people who have trypophobia?

Most patients who finish exposure therapy have symptom improvements. Once you've identified your trypophobia triggers, you can control your body's responses by using breathing or relaxation techniques.

If any of the following occur, contact your healthcare professional right away:

What inquiries ought I to make of my physician?

You might wish to inquire with your doctor about:

What should I ask my doctor?

Celine is a psychologist and a researcher. She likes delving into new topics and her main focus is on developmental and clinical psychology. Her motto is “I don’t empower you,I recognize you are powerful”